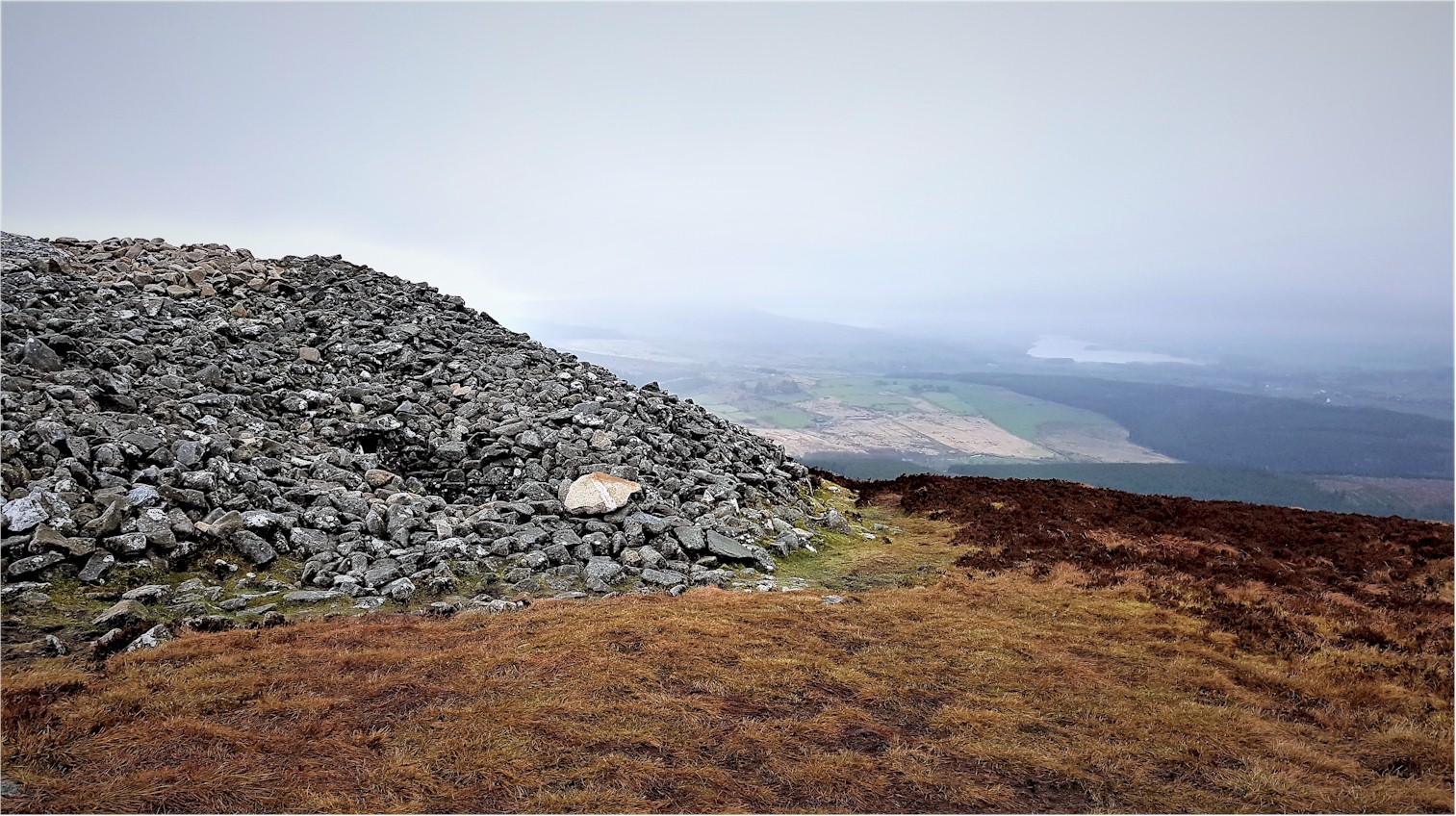 More interesting and more exciting to the general visitor are tombs known as Passage-Graves, which are set in round earthen tombs.

The chamber is approached with two stones bearing concentric diamond-like motifs resembling the human face. The burial chamber has two side-chambers on each side and one at the back. On the roof stone of the chamber near the entrance bears a decoration consisting of five lines. The grave has probably been open for a long time, as an Early Christian equal-armed cross can be seen on one of the roofing stones. Being situated on the top of a mountain, a climb up to it is worth it for the view alone.

This Passage is situated on the summit of Seefin and is best reached from just south of Kilbridge Military Camp along the edge of the forest.

WARNING:  there is no marked trail up to the tomb, but various trails leading to the grave: on a cloudy day, finding your way back can be challenging.

Route map for Seefin From Kippure by Wicklow Tourism on plotaroute.com