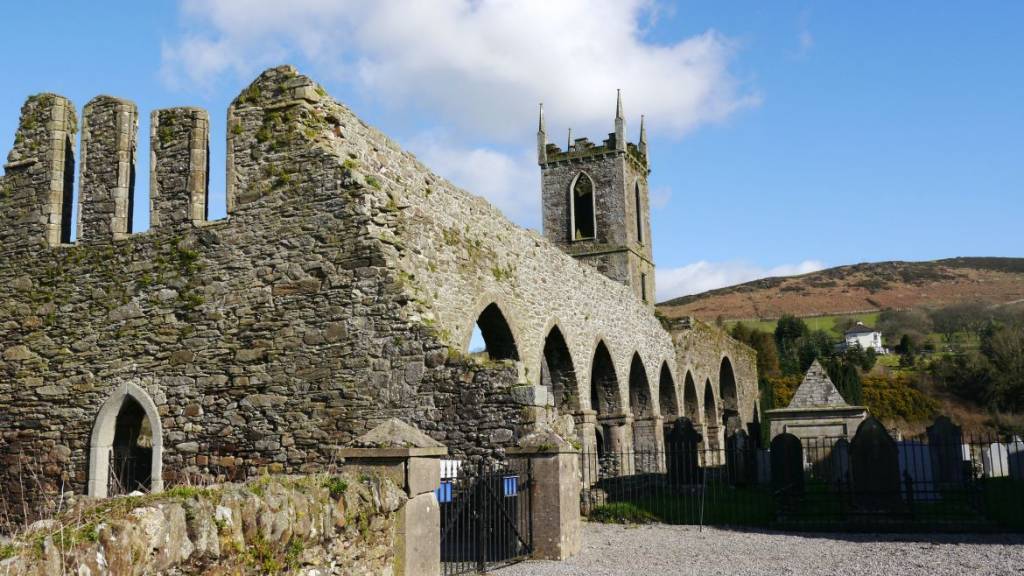 The Abbey is situated on the east bank of the River Slaney on the North side of Baltinglass town. The six beautiful Gothic arches on either side of the nave, supported by alternate round and square pillars, are a noteworthy feature of the ruins.

The Abbey was founded in 1148 by Dermot McMurrogh. Dermot McMurrogh brought Cistercian monks from Mellifont. It was established for the Cistercians which was called “The Valley of Salvation”. In 1228 the records show that there were 36 monks and 50 lay brothers living in the abbey. In the early 16th Century Baltinglass abbey was one the richest abbeys in Ireland until the the reformation by Henry VIII which saw the dissolution of the order.

Fragments of the Church and traces of the cloister still stand to this day. The church consisted of the nave with aisles, chancel and two tapestries. The decorative stonework at the abbey shows an very interesting combination of Cistercian and Irish Romanesque architecture.