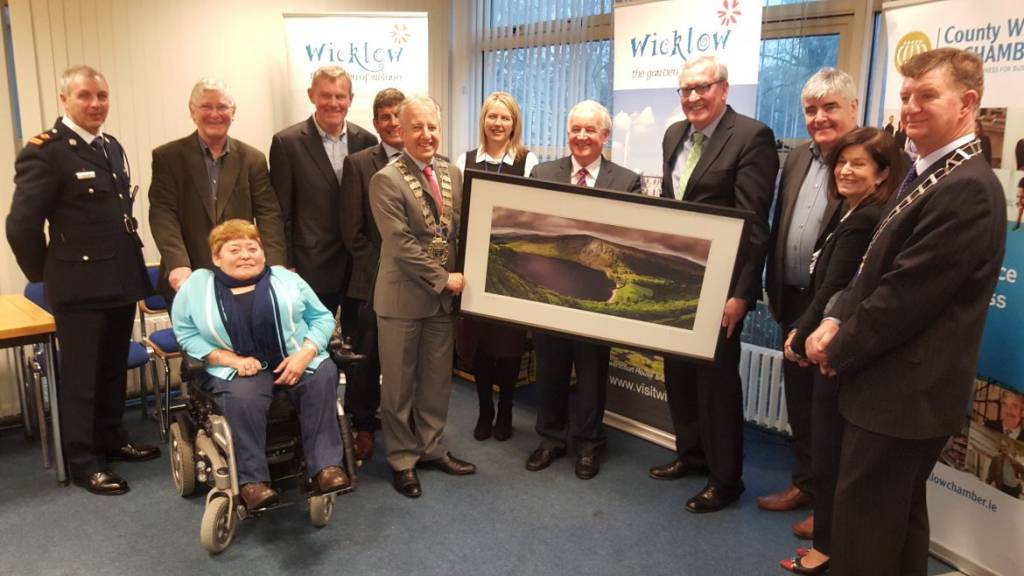 County Wicklow extended a very warm welcome to His Excellency Ambassador Kevin Vickers – Canadian Ambassador to Ireland.  Beginning with a tour and lunch in Wicklow’s Historic Gaol, the Ambassador was then formally received as a special guest by Wicklow County Council, and the day was completed with a trip to the set of the Vikings television series at Luggalaw.  Ambassador Vickers was born and raised in Miramichi, New Brunswick an area of Canada with deep Irish roots.  The city of Miramichi calls itself “Canada’s Irish Capital” and is home every year to Canada’s Irish Festival.  Indeed, according to Wicklow County Council’s Archives & Genealogy Service, Ambassador Vickers’ family hail from Arklow, County Wicklow!  Ambassador Vickers was presented with his Vickers’ Family History and officially welcomed by the council as a Wicklow man. 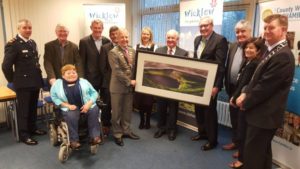 Ambassador Vickers met with representatives of Wicklow County Tourism to discuss potential promotional opportunities between the Canadian Irish Diaspora and County Wicklow.   The historic links between Canada and County Wicklow were emphasised on the occasion, where almost one thousand families left the Fitzwilliam Estate in Coolattin. County Wicklow during the Famine, assisted by their landlord to emigrate to Canada.  These families mainly settled in the Ambassador’s home province of New Brunswick and it is estimated that hundreds of thousands of Canadians and North Americans are descended from the Coolattin Estate.  Indeed, Ambassador Vickers was delighted to hear about a new and exciting project to digitise the records of the tenants of the Fitzwilliam Estate and make them searchable for their descendants in Canada and around the world.  This project is headed by the Courthouse Arts Centre in Tinahely, which is in the heart of the former Coolattin Estate in partnership with Trinity College Dublin, the National Library of Ireland and the Wicklow County Archives Service.

Tourism Ireland reports that 2014 saw a year-on-year growth of 30% in visitor numbers (to over 160,000) from Canada, and are expecting double-digit growth again in 2015.  Number are expected to grow further in 2016, due to increased air capacity and continued year-round access.  Canadian visitors are highly prized as they tend to stay longer, spend more and visit more regions than the average visitor to the island of Ireland. About two thirds are promotable visitors and avail of a wide range of paid-for holiday experiences and services. 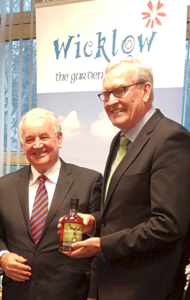 Ambassador Vickers previously served as the Sergeant-at-Arms of the House of Commons after a successful 29-year-long career with the Royal Canadian Mounted Police, where he attained the rank of Chief Superintendent.  He was hailed as a hero by Prime Minister Stephen Harper, Canada’s parliamentarians, and other prominent Canadian and international figures for his actions in stopping the October 2014 attack at the Parliament of Canada.