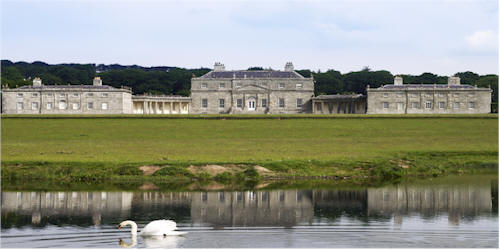 Wicklow’s a great place to visit any time, but its Halloween treats will delight all the family, writes Sean O’Riordan from the Irish Examiner 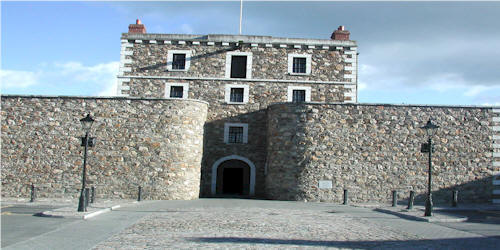 Normally a trip to the tranquil, scenic county known as the garden of Ireland wouldn’t put you in the horrors, but as we approach Halloween, Wicklow is preparing to put the frighteners on those who’d like to be sacred out of their wits.

First stop on the horror tour is Wicklow town’s renowned Gaol, built in 1702 and certainly not for the squeamish.

Children should be reminded that for stealing anything, even a piece of rope, back then was a serious crime, which could end up in transportation and slave labour in British-controlled colonies.

Grannies will also be spooked by the experience as 90-year-old Ellen Walsh was incarcerated there for not paying her taxes, then known as tithes.

Other prisoners had boiling tar poured on their heads and one hangman, who was reputedly 7ft tall, would put a rope over victims’ necks and strangle them by dragging it up over his immense shoulders.

During the 1798 rebellion, the gaol housed many insurgents.

One of the lucky ones was Napper Tandy. He had Napoleon as a friend and the French leader refused to sign a treaty with Britain until Tandy was released. The British agreed and Tandy died peacefully in France.

A special Wicklow Gaol candlelight tour for adults will take place on October 30 at 8.30pm. Mingle with the ghosts, enter the solitude and board the transportation ship.

It costs €15 and includes a glass of wine to ease the nerves. See www.wicklowshistoricgaol.com for more details. 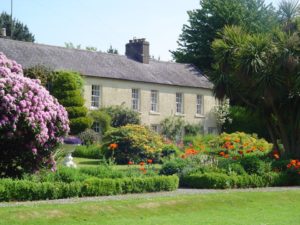 Down the road in Rathnew is Hunter’s Hotel, which is reputedly the country’s oldest coaching inn. No ghosts here that we know of, but oodles of nostalgia going back to a bygone age with an exquisite atmosphere, delightful food, a superb garden and tranquility hard to find anywhere in Ireland.

No visit to Wicklow would be complete without a stop-off at Glendalough which offers something to all generations.

It boasts monastic settlements, a round tower for defence against marauding Vikings, wild deer popping up to greet you, and, in the skies, the chance to spot endangered peregrine falcons. 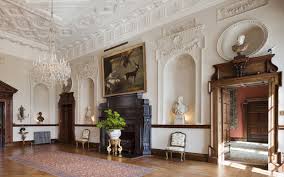 After a beautiful drive through the Wicklow mountains and gaps the next must-see is the magnificent Russborough House, which is maintained by a trust at the cost of €800,000 per year.

Given the amount of money it takes to keep the house in pristine condition it’s amazing how cheap a day out it is for the whole family and season tickets are a pure steal.

It just oozes old-world class and houses a treasure-trove of old masters artworks.

These have led to one ghoulish escapade. Its former owners Lord and Lady Beit were tied up during one of four criminal raids on the stately home.

The IRA and the infamous ‘General’ Martin Cahill stole a priceless painting from the stately home, which at 700ft has the longest facade of any house in Ireland.

Tours of the house are a must, but there’s also plenty outside within its 200 acres, including magnificent gardens, a national bird of prey centre, walkways, and artisan outbuildings which are workshops for stonemasons, painters and candlemakers.

There are additional charges, however, for the sheepdog demonstrations and the bird of prey centre, but well worth the money.

Russborough is visited by more than 100,000 people a year, has become a popular place for civil weddings, and will be host to a Celtic Tenor concert next June.

The house and gardens are open seven days a week from March 1 to December 23 from 10am to 6pm.

As the trust is a non-profit organisation, all money generated through events, visitors, and sales are reinvested in the upkeep of Russborough House and its parklands (www.russborough.ie).