#WakeUpInWicklow: Playing in the Garden of Ireland

#WakeUpInWicklow: Playing in the Garden of Ireland 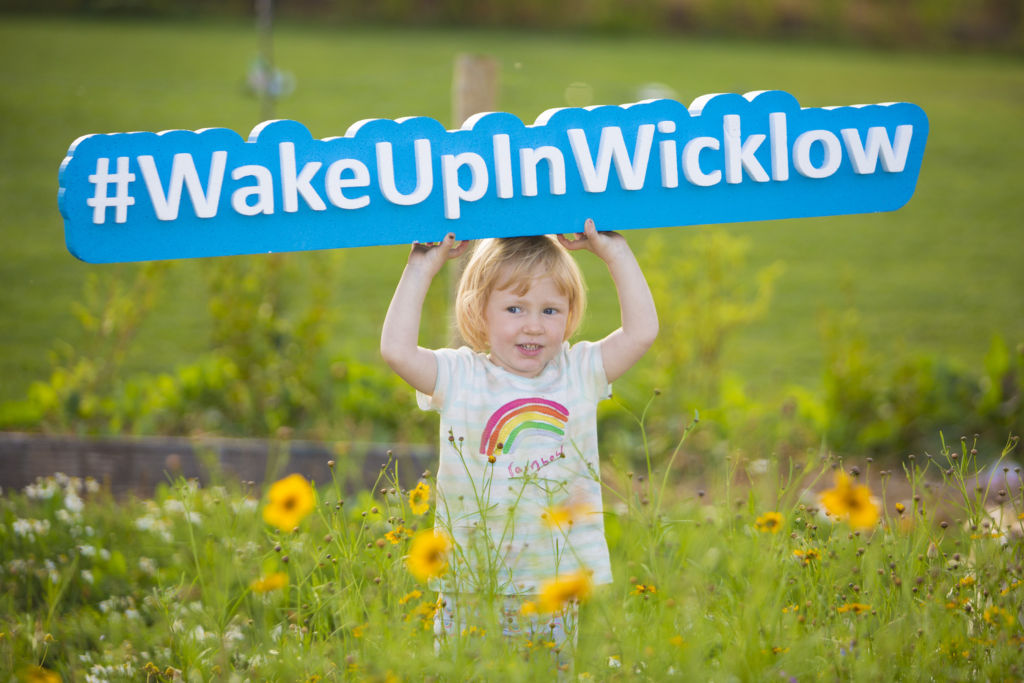 #WakeUpInWicklow:  Playing in the Garden of Ireland

Lord Byron could have been writing about the Garden of Ireland, Wicklow, when he rhapsodised thus: “There is pleasure in the pathless woods, there is rapture in the lonely shore, there is society where none intrudes, by the deep sea, and music in its roar; I love not Man the less, but Nature more.’ Byron would also have loved the fact that Wicklow is home to Anglo-Irish grandees and aristo/artistic types like film director John Boorman, Guinness scion, The Honourable Garech Browne and various others who posh up the place.

If you have ever been to Annamoe, you will see why Daniel Day-Lewis and his wife Rebecca Miller lived so happily on a farm near Annamoe once upon a time. There is something very special, and unspoilt, about this part of Ireland. And it’s on our doorstep – all this unspoilt magic courtesy of Mother Nature. So, after setting off by car from our home in Dublin suburbia, within 60 minutes we were in the midst of immense bucolic bliss.

We were in Glendalough, a place that stands out as one of the most peaceful and becalming places of natural beauty in Ireland, by 11am. Whenever I walked around Glendalough, I half expected Van Morrison to pop out of the trees and sing something spiritual about being in the garden, wet with rain, with our Lord. The air appeared so fresh in the Valley of the Two Lakes – the Lower Lake and Upper Lake – you could almost taste the freshness, here where St. Kevin founded his monastery in 498.