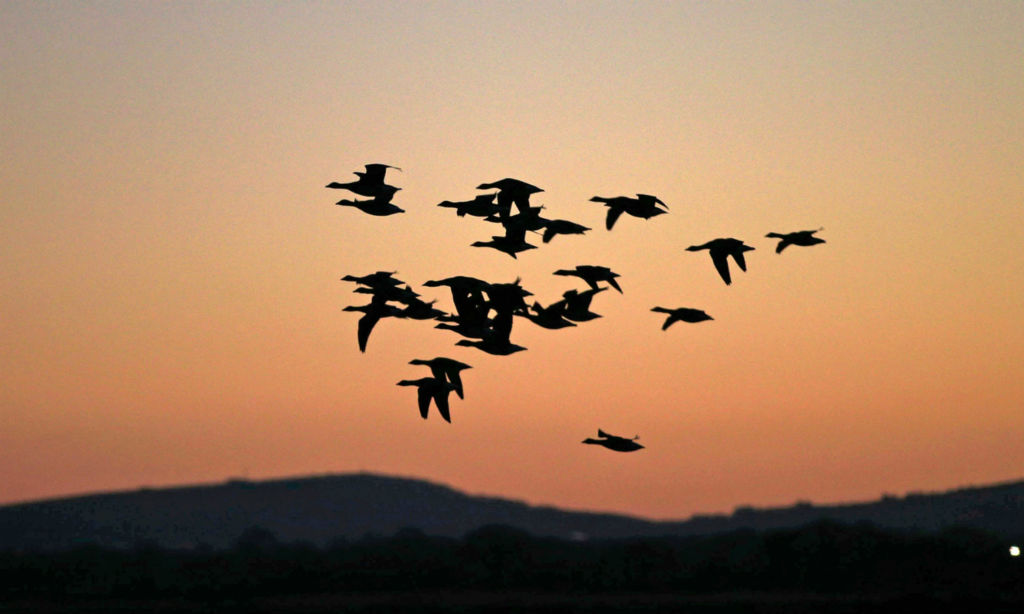 On Wednesday the 4th of January, The Irish Times had a photo by Nick Bradshaw of a gaggle of geese flying over Kilcoole beach, silhouetted against an ochre sky as the sun went down behind the Wicklow hills. The sight and sound of these migratory birds will be very familiar to anyone who enjoys walking down by the Kilcoole marshes at this time of year, when they are at their most numerous. The brent goose arrives around October from their breeding grounds in northern Canada, while the greylag goose migrates south from Iceland to feed on the sedge around the fertile wetlands around the Irish coast.

Kilcoole estuary and Poulaphouca Reservoir are some of the best places to see these winter migrants who return to the same feeding grounds year after year. Their inbuilt memory of place fills me with wonder and joy every time I see them return. For me, geese are the iconic bird of winter and their consistent cyclical journeys of migration are one of nature’s beautiful ways we can record the turning of the seasons. Their coming and going offer us a sense of stability that I think many of us seek as a counterbalance to our fluid and frenetic lives.

Another migrant that returns at this time of year is that dreaded word resolution. ‘What’s your New Year’s resolution?’ you will have been undoubtedly asked over the last few days. Personally, I very rarely make them anymore, as I’m still promising to fulfil my 2007 resolution of learning a new French word a day.  The last time I checked my French note book, I have no more than thirty mots inscribed.

However, on one rare occasion, I did manage to keep my promise of recording in word the seasonal changes that I noticed as I visited my favourite places in Wicklow. This county has so much to offer the nature enthusiast and the Breaches down by Kilcoole beach is where you may see some of our passage migrants or winter visiting waders, feeding out on the mudflats, such as curlew, knot, bar-tailed godwits and redshank.

My little observation journal that I kept over one year eventually became the scaffolding for my book Wicklow Bound and it was on my very first entry on New Year’s day where I scribbled, ‘Geese flying overhead in V formation before landing noisily on farmland to the south. Sun setting beyond hills. Stunning.’

Wicklow’s wild and solitary landscape has also attracted many writers into its creative embrace. The Irish-American writer JP Donleavy lived in a cottage by Kilcoole coast while he wrote his famous novel The Ginger Man. The story goes that Brendan Behan visited Donleavy’s cottage one evening, but finding no one at home, decided to let himself in none the less. On seeing Donleavy’s unfinished manuscript left out on the kitchen table, he proceeded to add his own observations and recommendations along the margins, much to the understandable chagrin of Donleavy on his return.

In the late Anthony Cronin’s wonderful memoir Dead as Doornails, he described how Behan was also once offered the loan of a cottage in the Wicklow Mountains by a friend, where he could escape the haze of drunken Dublin and settle down to write his own great work. Behan declined the kind offer however, confiding in a rare glimpse of truthful vulnerability, ‘The trouble with this writing business is that you have to be yourself while doing it. And that’s hard.’

Let’s be truthful to ourselves then about these so called New Year’s resolutions. Even Oscar Wilde had no time for them; dismissing them as ‘cheques that men draw on a bank where they have no account.’ So let’s forget about the half-baked promise of 6am yoga classes, or diets of egg white omelettes, lentil soups and coconut water.

Instead, this January, why not simply go for a walk along the Wicklow coast some evening when all you would prefer to do is stay in-doors by the fire. Go out and walk by the sea and watch the geese flying overhead as the sun sets low in the west. Go out and feel the cold January air sting your cheeks. Go and record in word, image or memory the natural beauty that Wicklow has to offer. Like the fidelity of geese, seek out a place you love and you will find yourself returning to it, again and again. Not because it’s a resolution, but because it’s part of who you are. That would be enough. That would be plenty. It’s as good a promise as any to help yourself settle back on the continuous merry-go-round. Beginning the journey once more of another passing year. 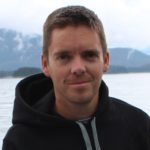 After ten years of living in and exploring Wicklow, Seán Ó Súilleabháin has composed a magnificent and unique guide to Ireland’s Garden County:  ‘Wicklow Bound’, A Seasonal Guide. 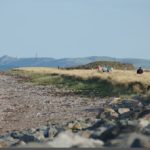 Kilcoole beach of stone and shingle is also a bird watcher’s paradise .

Text on the button 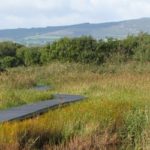 An assortment of different birds can be spotted here including the Little Egret, Kingfishers, Greenland White-Fronted Geese, and Whopper Swans. 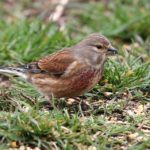 Text on the button