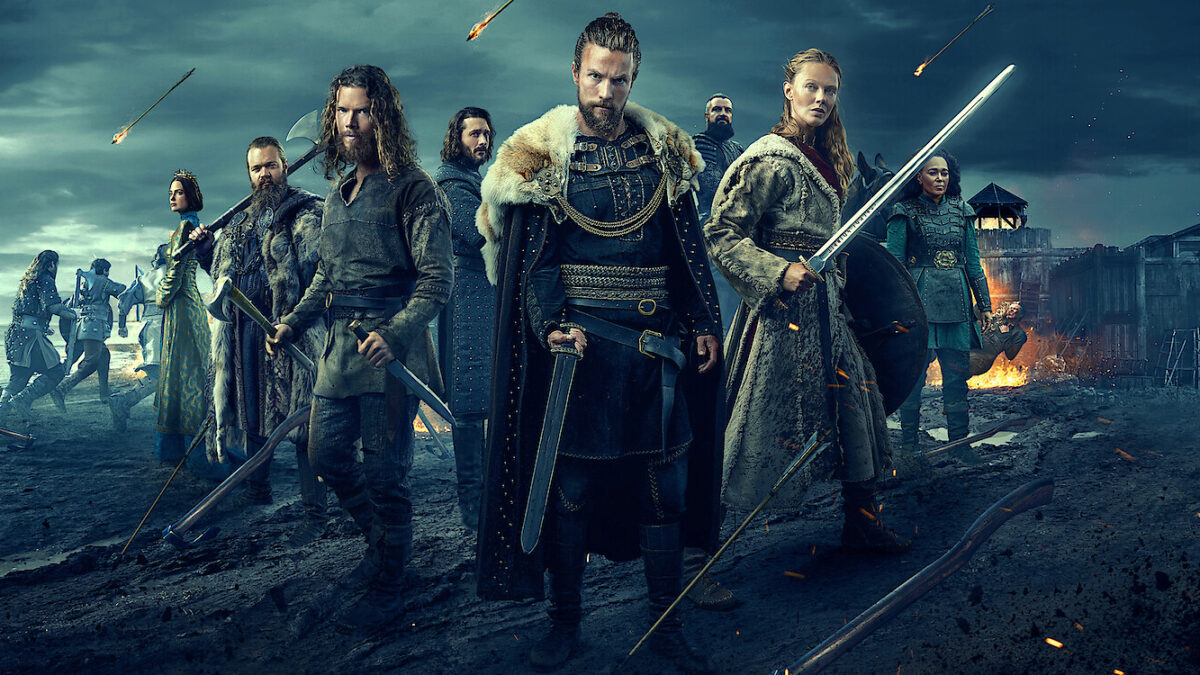 The Viking Series premiered on March 3, 2013 on the History Channel and ran for a total of six seasons with broadcasting throughout the world!  The series was mostly shot in County Wicklow at the Ashford Studios.  With 30km of shores along the Irish Seas, the many lakes and mountains and Ireland’s largest forest area, Wicklow’s landscape offered the ideal diversity of locations to fit the many outdoor scenes.  The

Wicklow was named ‘The Hollywood of Europe’ by Jane Seymour in 2000, and has been the set of many blockbuster movies for many decades.  Movies shot here include Excalibur, Braveheart, P.S. I Love You, Reign of Fire, Into Bad Lands, the Tudors, The Count of Monte Christo, Far & Away and many more.

See below some of the locations that have been used during the filming of both series:

Lough Tay or the Guinness Lake:

It’s on the shore of the famous lough Tay that the set of the viking settlement of Kattegat is regularly set up.  The Lake can be best viewed from the Military Road above from which you can enjoy its unique shape resembling a pint of the famous Irish Beer.  The estate at Luggala used to belong the Guinness Family, with its latest host, Garech de Brún made this place famous worldwide welcoming prestigious guests such as Mick Jaeger or Michael Jackson.

The Pulaphuca Reservoir is Ireland’s largest man-made reservoir.  The dam generates electricity while the water supplies part of Dublin.  Several boat scenes were shot there.

The Avoca Mines and its unique landscape was the set of many battles!

Over the years of shooting, spotting Vikings’ Long ships along the Wicklow Coast was not unusual especially between the Black Castle in Wicklow Town and Brittas Bay.