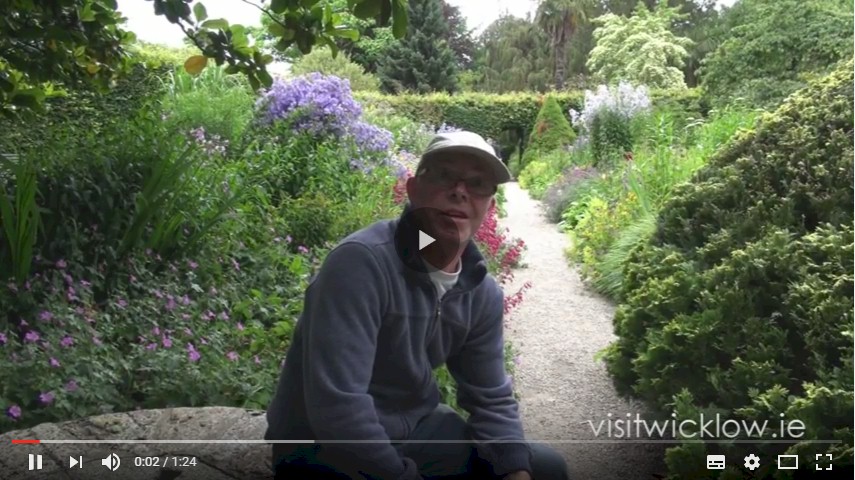 “Mount Usher Gardens were  established by Edward Warpole in the 1860’s.  The Garden has been a Robesonian garden for nearly 150 years.”

“Edward Warpole originally bought the mill here at mount usher.  Originally a tuck mill and then a corn mill, it unfortunately fell down and the house was built in the 1920’s.  Note that it is very unusual to have a 1920’s house when you think of the political landscape of Ireland at the time.”

“The garden comprises of about 22 acres and it is designed all the way along the river varty.  It is acid soil so we grow a lot of rhododendrons and azaleas and we have two national collections of nothofagus and eucryphia.”

“The garden stayed in the Warpole family up until about the 1980’s when Mrs Madeleine Jay bought it and immediately banned chemicals.  The Latest historical development of Mount Usher would be that the garden was leased to Avoca Hand weavers and it was Mrs Jay’s way of securing the future of the garden that she loved so much.”

Mount Usher isn’t simply one of Ireland’s loveliest gardens (many regard it as the prettiest of all), the reputation of this Robinsonian jewel stretches far beyond these shores. BBC’s Gardener’s World Magazine voted it the best garden to visit in Ireland. It’s one of only 3 top-rated Irish gardens in the UK’s The Good Garden Guides and Monty Don nominated it one of his favourite gardens anywhere. Indeed it’s one of the few Irish gardens ever to have had a whole programme devoted to it as part of the BBC’s long-running series, Gardener’s World. 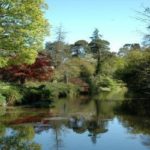 Mount Usher is acknowledged as one of the greatest Robinsonian style gardens in the world; home to an amazing collection of 4,500 varieties of trees and plants in an area of 9Ha (23 acres) set along the banks of River Vartry, the garden is a breathtaking spectacle and has for many years been organically cultivated.