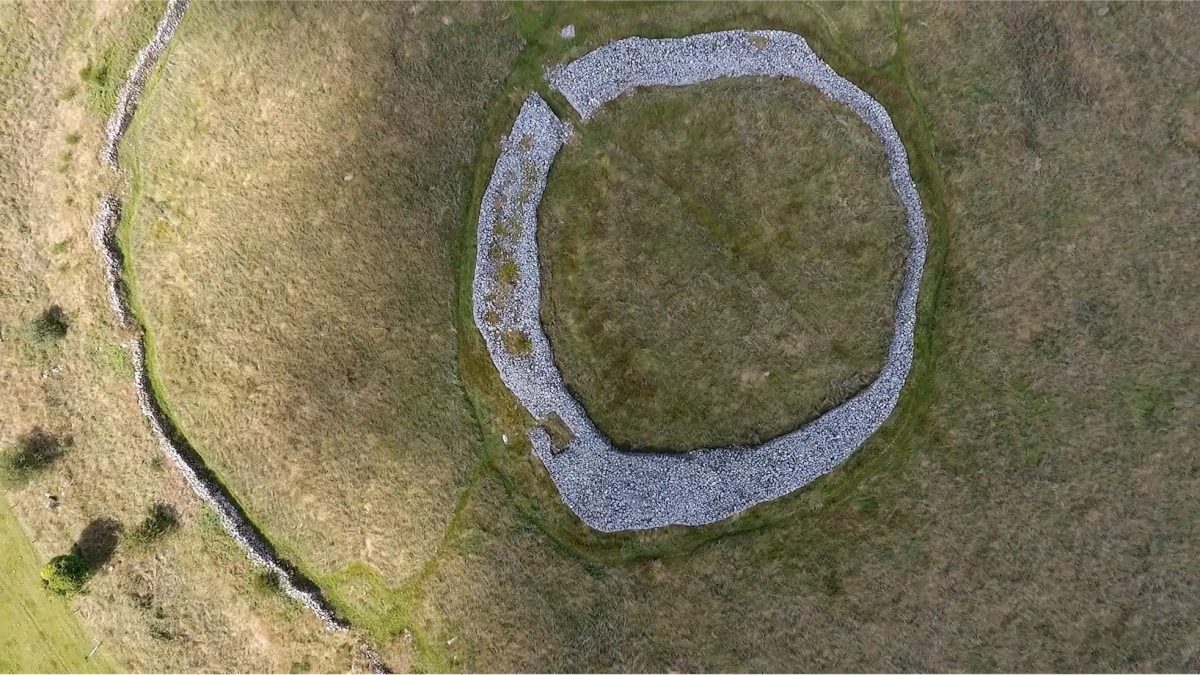 Rathgall is a multivallate hillfort, on the edge of a ridge with four concentric stone walls and extensive panoramic views. It is an imposing monument covering a total area of 7.5ha (18 acres), with the inner circle measuring 15 metres wide. Excavations, started in 1969 (Raftery), revealed important evidence for Late Bronze Age activity at Rathgall, dating to 800BC. Evidence of a house was discovered in the inner stone circle with the second and third ramparts forming the main defensive walls.

Extensive metal workshop areas were uncovered in the inner and outer circles for casting large quantities of bronze weapons and tools. Other finds included glass, bronze and stone objects, clay moulds, gold and glass beads and other artefacts. It is clear from the excavations that an important wealthy family or small community lived on the hilltop.

Rathgall was a site of quite exceptional importance in the centuries spanning the birth of Christ, an importance that was clearly pan-European. The variety of structural information that the excavation yielded is unprecedented in the Bronze Age and the extraordinary concentration of artifactual evidence from the site has not been matched elsewhere in the country. Rathgall opens a wide range of questions concerning, not merely the nature of the Ireland’s later Bronze Age, but also the role of the hillfort incontemporary cultural developments.
Prof. Barry Raftery 2004

This fine hillfort is situated near Shillelagh – Tullow road, about 6 km east of Tullow 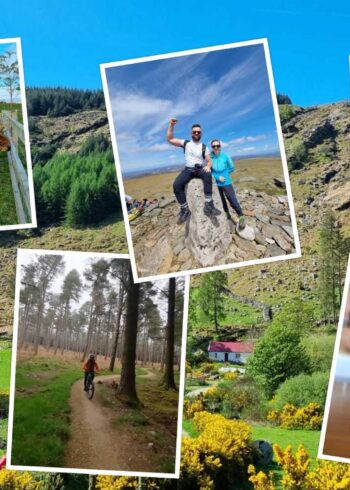